The names of the EMERGING PRODUCERS 2022 were announced on July 12 during Marché du Film in Cannes. 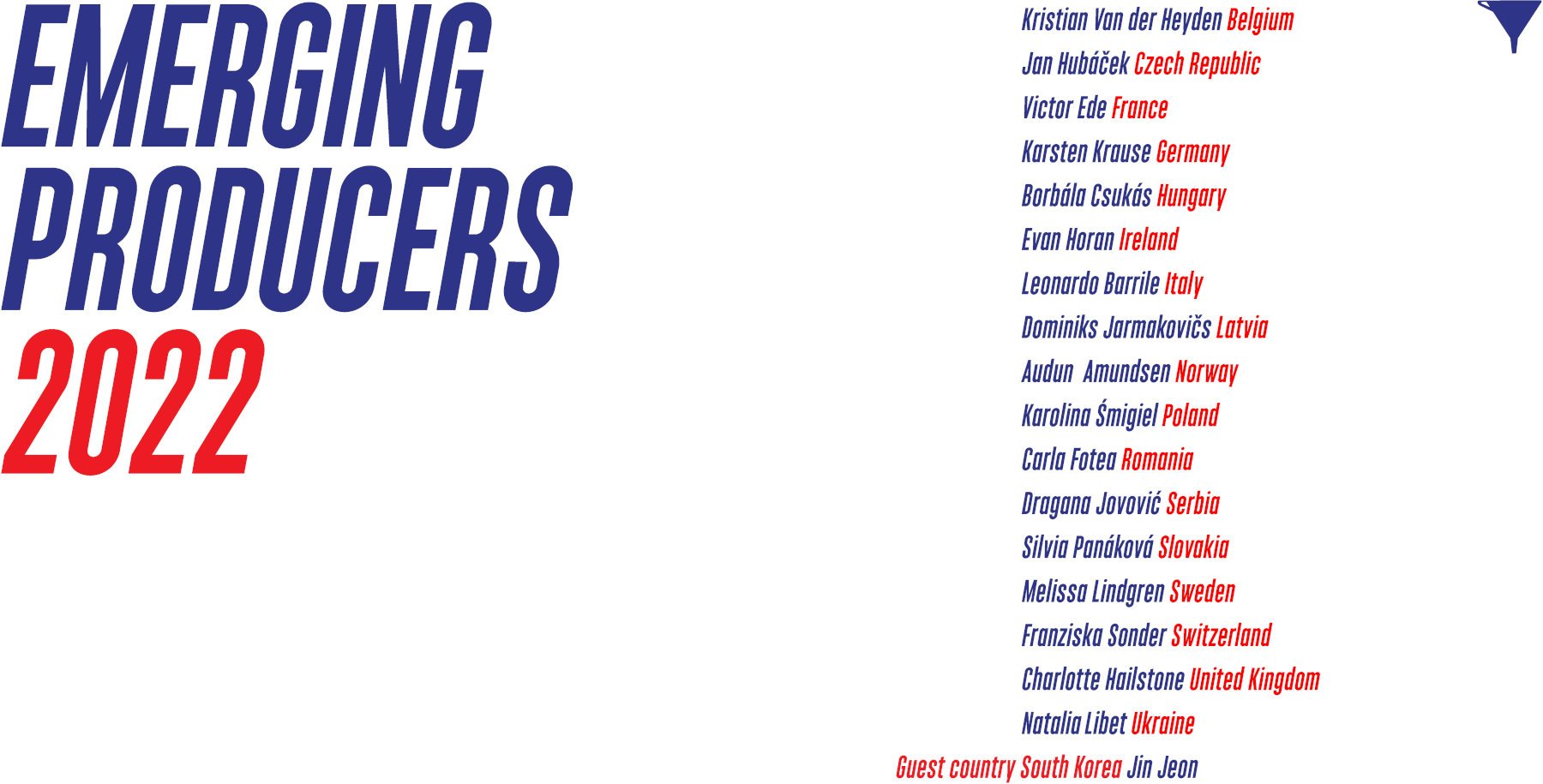 We are happy to present the eighteen producers, who will take part in the 10th edition of the promotional, educational and networking programme organised by the Ji.hlava IDFF. The programme includes two workshops – in Jihlava in October 2021 and in Berlin in February 2022.

The official presentation of EMERGING PRODUCERS 2022 – seventeen up-and-coming producers from Europe accompanied by a producer from the guest country South Korea – will take place on Wednesday, October 27, 2021 at 7.30 PM during the 25th Ji.hlava IDFF. The event will take place physically and will be streamed also online via the festival's channels. More information at Ji.hlava Industry.