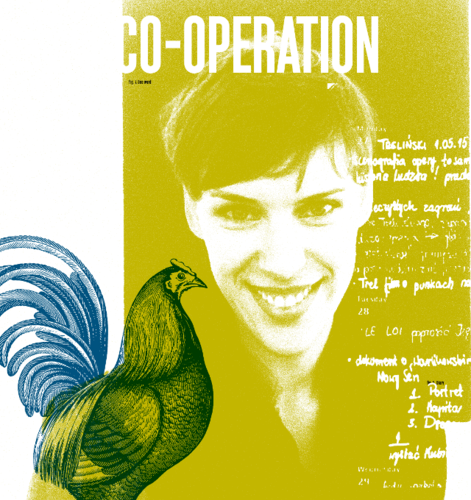 After obtaining a MA degree in Law from Warsaw University, she worked for several years for the Polish broadcaster TVN and as a junior producer for a Warsaw-based independent production company, where she gained extensive experience in international co-productions and project development.

Since 2012 she was working as an freelance creative producer - her recent collaborations include a feature fiction film Barefoot on stalks (Po strništi bos, 2017) by the Oscar-winning director Jan Svěrák and a feature length documentary Love Express by Kuba Mikurda in co-production with HBO Europe. Between 2016 and 2019 she was collaborating with CANAL+ Poland first as script editor and development supervisor leading a writer's room on a new crime TV series and later as an inhouse film and TV series producer.

In 2020 her dreams come true and she joined HBO Poland as a creative producer.

She is a TorinoFilmLab 2017 alumni (script editing).

Favourite Book: Triumphs of Experience: The Men of the Harvard Grant Study by George E. Vaillant

Approach to Filmmaking: Ultimately, films are a director’s medium. They have control. It is my job to create the right environment for them to do the best job. (Tim Bevan)

Dream: I am going through a field covered with high grass; there are all kinds of nice bugs flying over the flowers. There is a big forest at the end of the path, it’s dark, beautiful and exciting, and I am entering the forest with happiness and joy.