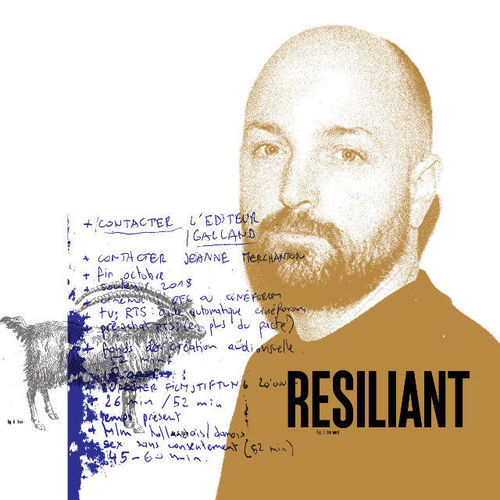 Mark Olexa is a Swiss director and producer. He is based in Fribourg, Switzerland, where he runs the film production company DOK MOBILE. In 2015, he directed and produced short film Moriom, which received more than 10 awards and was screened in over 60 festivals. His first feature-length documentary, Half-life in Fukushima, shot in Japan in S16mm, premiered in Visions du Réel and had a theatrical distribution in Switzerland. He is also the cofounder and artistic director of the Flying Film Festival.

L’art d’oublier (documentary) - directed by Mark Olexa. A personal documentary questioning identity through the history of a family.

Porcs-épics (fiction) - directed by Francesca Scalisi, planned premiere in 2018. A short fiction about a special moment that marks a change in a father/daughter relationship.

Approach to Filmmaking: “I would give my life for a man who is looking for the truth. But I would gladly kill a man who thinks that he has found the truth.“ Luis Bunuel

Combination of 2 Colours: Grey and Gold

Dream: A zeppelin falls on an apartment and breaks all the piping; the flat is completely flooding. I cannot escape. All the doors are locked, and if I stay longer I will drown. So my father, who just appeared, and I are trying to repare the zeppelin to escape. But the tools aren't working. Then I discover that by closing my eyes I can concentrate energy to repare it. Once it's fixed, the zeppelin flies away, without us.